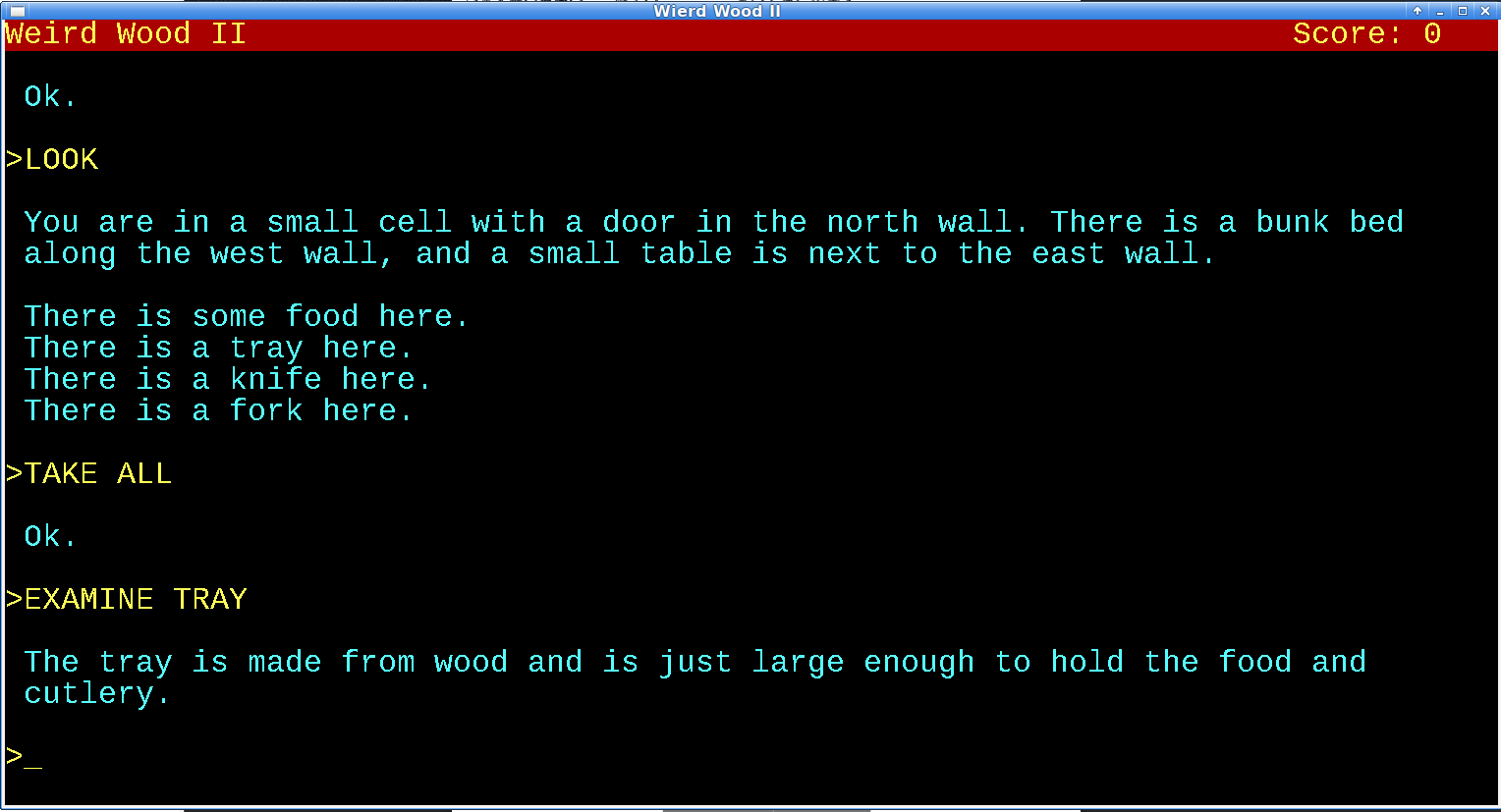 Back in the mid 1980s I was a member of the Derby Microcomputer Society. More than a dozen of us would meet every couple of weeks and take our computers to show and tell. There was a varied collection of machines owned including the popular BBC, Spectrum, Amiga, Atari, and PC machines but also the Commodore 64, as well as the PET, and Sharp with their inbuilt displays.

That's where I met Rob Watts. Rob wrote the puzzles for the society magazine and showed me his adventure game "Weird Wood II" with it's devious and complex puzzles. As a fan of text adventures I really wanted to continue playing the game after the meeting ended that night. So at a later meet Rob made me a print out of the BASIC source code from a line printer, many many pages long, and I proceeded to convert it to run on my Sharp MZ-80K. A few years later I converted it again to GWBASIC to run on my Amstrad PC1512. I made a few changes, adding a help system and more graphics and fixed a couple of bugs, but never released it. I do remember spending a very long time typing everything in by hand from the printouts!

The beta version with executables for Windows and Linux is above. The game starts out full-screen but you can use "ALT+Enter" to swap to a window if you prefer. It uses the new 80 column mode, but if you'd like to see it as Rob originally intended you can use "40"/"80" to switch modes.